I would like to takedown my release with no pay

Its taking long to submit my music

Anyone has anything good to say? I’m not even considering this one, total scam to me.

the royalities paid by them are very low..and the percentage taken is 30% which is so much.. and the time i joined them the policy was 100% then came down to 95% and then 70%.. this site is a scam..
I have lost the money for my music and they have no answer for it as always.

I dislike freemusicdistrib they add their names to my song as Songwriters and stealing my revenue.

dear admins, how long shall I wait? its 2 years and I’m still requesting pay out

From the start of my royalties earnings you caught my all royalties and not giving me my money, answer my emails from march month I’m emailing you but no one answering

A bit long to get my music posted

Thank you. My music was posted over all platforms.
Just, it tooks 4 days instead of the 48h you claim on your website.

Hello Thai Liad.
Thank you to share your experience with us. Sorry for the delay.
Take care.

Amuse is a slightly better option

I’ll sue on ya company

I submitted my music through FreeMusicDistrib and they capitalized the titles of my tracks (which are supposed to be stylized in lowercase) without telling me. I tried to remove my music from streaming so that I could upload it using a different distributor to keep the intended case intact, but they wanted to charge me almost 900 DOLLARS to do so. Later on, I submitted more music to them, and they still have not reviewed it after over 4 weeks. I’ve sent 3 different emails to support about this and they have not responded to a single one. Horrid service, do not use.

Support is not working

Hello,
Sorry, we don’t find mails coming from the address you inserted into this review. Maybe you could provide more details by changing this review?
Thank you in advance, and take care.

Its a year since my payment is on pending, I sent email hundred times to support but no one is responsible for emails and My Money is still pending and FreeMusicDistrib is not giving me my money

Not paying my earnings

I’ve been requested for payout my earnings morethan 60 days ago and still my payout request is on pending and no one answering my emails when I email on the contact email of freemusicdistrib.com’s support team 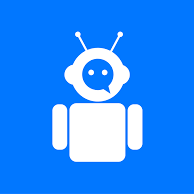